Open Data/Open Source: Seismic Unix scripts to process a 2D land line by Karl Schleicher is an example of a reproducible paper created with Seismic Unix. It is also a unique example of generating a full processing sequence with a publicly-available dataset, from field data to the final image. Work is under way for generating more examples and for translating the processing flow from SU (suproj) to Madagascar (proj). 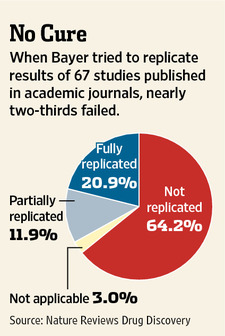 Many of the issues described in the article sound familiar.

…Reproducibility is the foundation of all modern research, the standard by which scientific claims are evaluated. In the U.S. alone, biomedical research is a $100-billion-year enterprise. So when published medical findings can’t be validated by others, there are major consequences…

…There is also a more insidious and pervasive problem: a preference for positive results…

…Some studies can’t be redone for a more prosaic reason: the authors won’t make all their raw data available to rival scientists…

Geophysical research does not affect human lives directly but its quality can suffer from non-reproducibility in very much the same way.

tkvpconvert provides a Tkinter GUI (graphical user interface) for vpconvert. It is a silly exercise, which simply demonstrates an ability to generate specialized GUIs for Madagascar scripts and programs.

Program of the month: sfsmooth

sfsmooth, one of the most useful Madagascar programs, implements smoothing by triangle filtering.

The idea of triangle filtering is explained in Jon Claerbout’s books Processing versus Inversion and Image Estimation by Example. You can find the explanation in the chapter Smoothing with box and triangle. The triangle filter of radius is a correlation of two box filters. In the Z-transform notation,
$$T_k(Z) = B_k(1/Z)\,B_k(Z)$$
where
$$B_k(Z) = \displaystyle \frac{1}{k}\,\left(1+Z+Z^2+\cdots+Z^k\right) = \frac{1}{k}\,\frac{1-Z^{k+1}}{1-Z}$$
and $k$ is the smoothing radius. Triangle filtering is a very efficient operation, because it requires only $N$ multiplications for the input of size $N$.

The following example from gee/ajt/triangle demonstrated how sfsmooth handles boundary conditions: the energy is reflected from the side in order to preserve the zero-frequency (DC) component of the input signal. Repeated smoothing or smoothing with a very large radius turns every signal into a constant.

Triangle smoothing is theoretically a self-adjoint operator. Numerically, the adjoint and forward operators are different. The action is controlled by the adj= parameter.

For smoothing with a box instead of a triangle, use sfboxsmooth.

For a different approach to smoothing, try sfgaussmooth, which implements smoothing by recursive Gaussian filtering.

Previous programs of the month

A short user survey was conducted after the 2011 Madagascar School in Beijing.

The results are overwhelmingly positive. 100% of those who responded to the survey stated that they would be interested in attending Madagascar events in the future, and 100% would recommend it to their colleagues. As for the location of a future event, 95% suggested Beijing again. Many of those surveyed liked the excellent organization of the school. They disliked the fact that the school was too short and did not have enough space to accommodate all interested students. Organizers of future schools should take all survey suggestions into account.